COSTUMED ROLEPLAYERS AT STRAWBERY BANKE
Strawbery Banke is unique among outdoor history museums in presenting an authentic neighborhood, with most of the 32 historic buildings on their original foundations, the earliest dating to 1695. These structures, along with archaeological evidence and historical collections, provide our strongest link to the lives of the people who lived in this neighborhood.

Historical roleplayers at Strawbery Banke incorporate costumes, props, artifacts, architecture, gardens, and demonstrations into their interpretation to stimulate the imagination and help create a living visualization of the past. 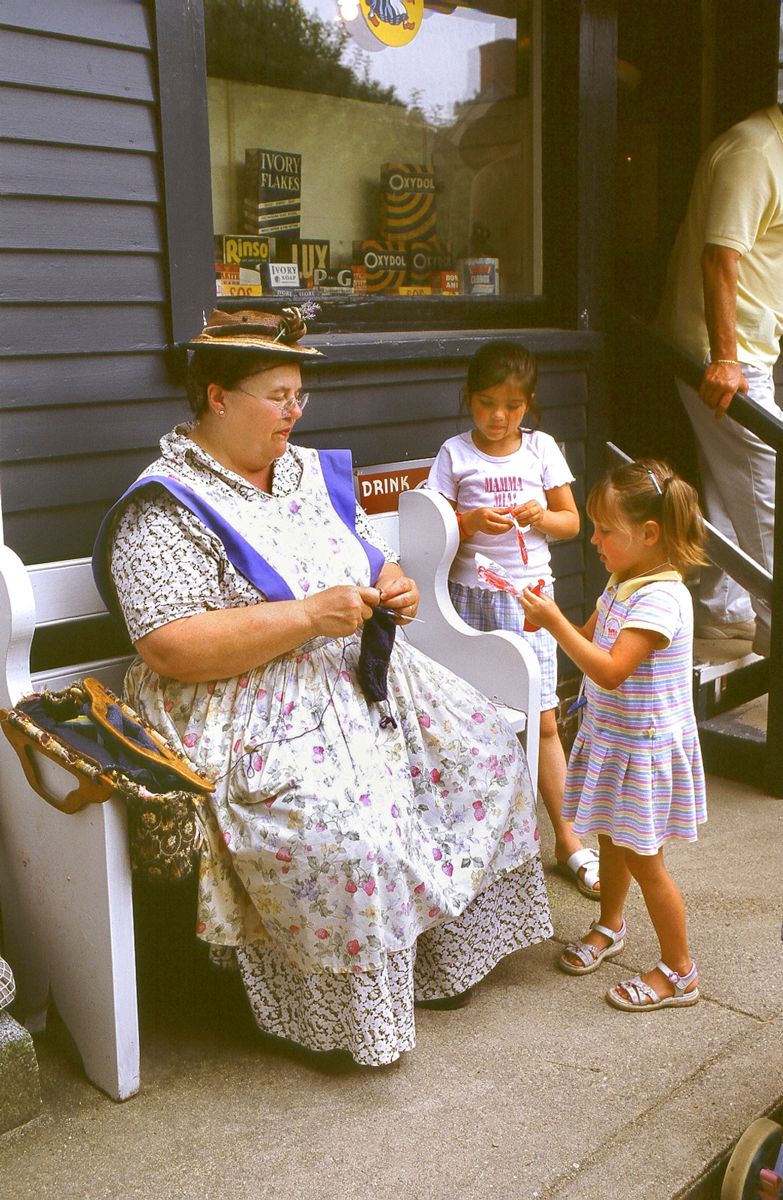 Q: What is the difference between an interpreter or demonstrator and a roleplayer?
An interpreter or demonstrator is a museum guide who helps visitors to understand history from a modern perspective. A roleplayer is an actor who portrays a real person who lived in this neighborhood in the past. Roleplayers speak from a historical perspective, meaning that they will only talk about the time in which their character lived.

Q: What can I learn from a roleplayer?
Roleplayers tell the story of Strawbery Banke by acting out a chapter in the story. They can answer questions about the person they are portraying and their lives in this neighborhood, but their answers are limited to the time period and experiences of the individual they portray. Talk to a roleplayer to get an in-depth look at a specific time and place in American history.

Q: What kinds of people are portrayed at Strawbery Banke Museum?
On a given day, visitors might encounter laborers, merchants, immigrants, mariners, homemakers, millworkers, business owners, tradesmen, or politicians going about their daily lives. Their various stories and perspectives allow us to view history in both diverse and unifying ways.

Q: Where do roleplayers get their information?
Character portrayals at Strawbery Banke are based on real people who lived in this neighborhood in the past, so there are many existing records that can help to tell the life story of each individual. 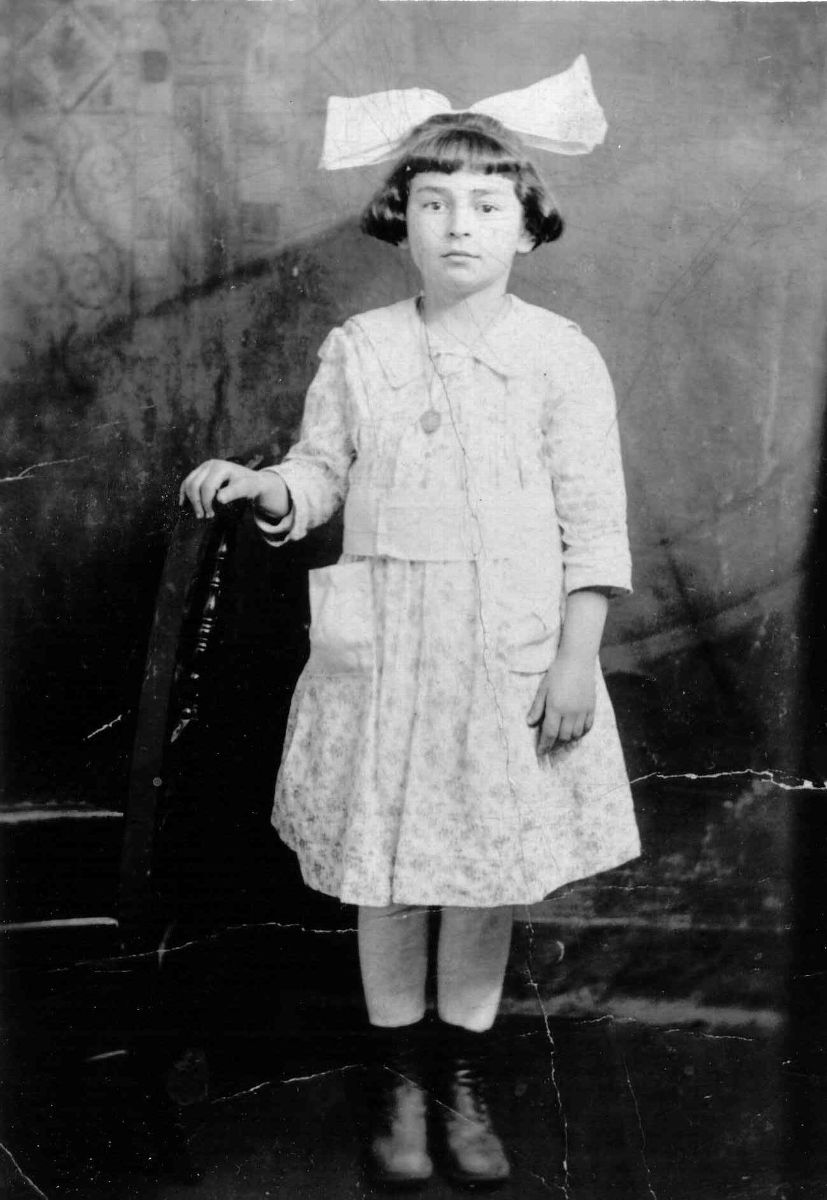 Primary sources such as diaries, letters, photos, and oral histories from the individual’s lifetime can give us names, dates, family information, and an idea of what they might have experienced daily. Census data, city directories, and legal documents can tell us who lived in the neighborhood in a given year, where they came from, and what property they owned.

Artifacts, architecture, and archaeological clues in the landscape can show us how homes, gardens, and objects were used during an individual’s lifetime. Roleplayers spend many hours researching and studying these sources before they begin working onsite.

Q: Where do roleplayers get their costumes?
Roleplayers wear accurate reproductions of clothing from their eras, based on garments in the museum collections, on paintings, drawings and photographs, and on research conducted by the museum and the roleplayers themselves. Clothing items are made using historically appropriate materials and techniques, which can vary from era to era. Many roleplayers make their own clothing, but most often it is sewn by a professional seamstress or costumer.

Q: Which characters will I meet during my visit?
Characters change from day to day, but you might have a chance to meet any of the following guests from the past: 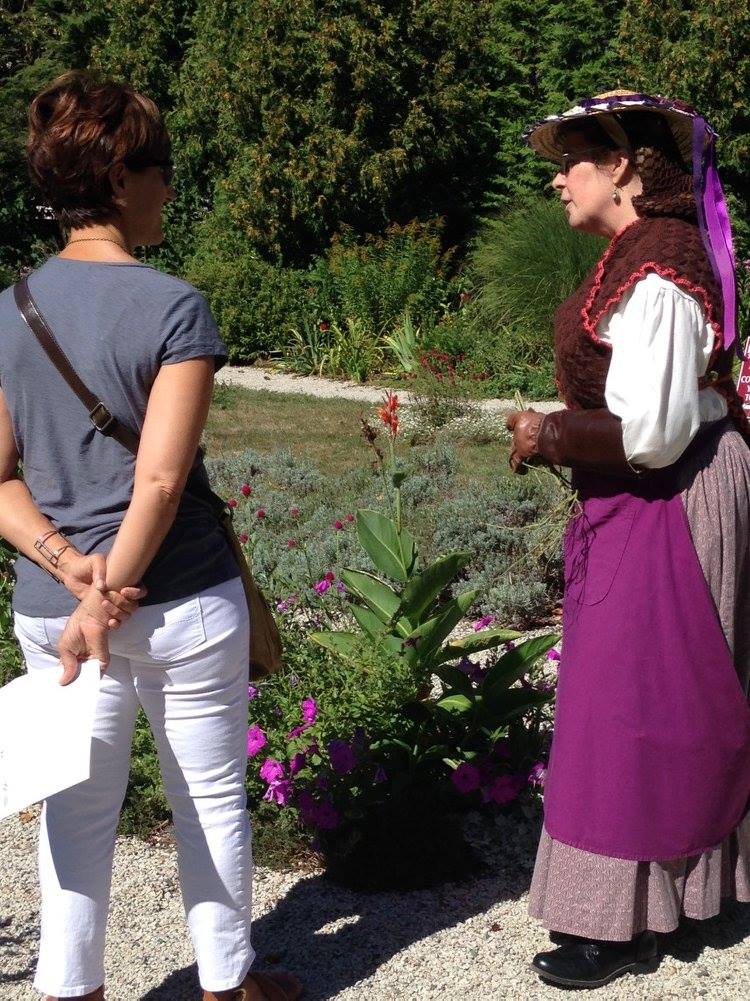