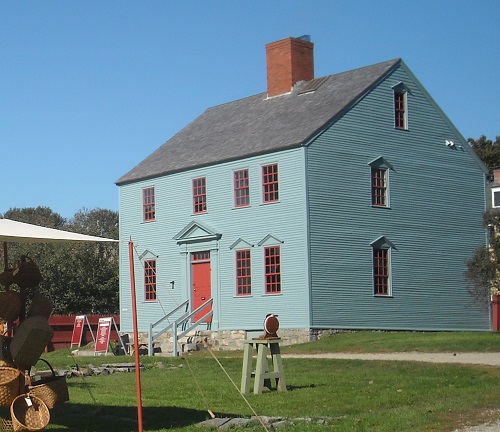 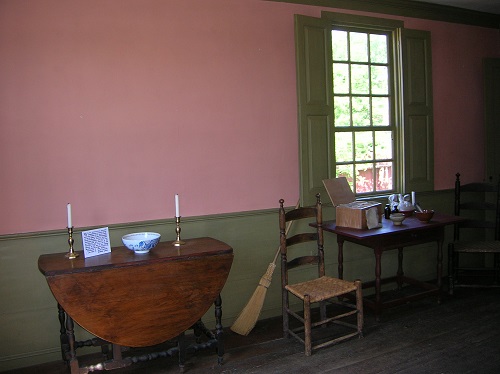 WHEELWRIGHT HOUSE
For a Virtual Classroom tour of this house, click here.

The Family
Captain John Wheelwright was an elected member of the Marine Society, a group of mariners who were “more intimately acquainted with the Circumstances and Incidents attending the Navigation of (the Piscataqua River) than others.” During the five years preceding the American Revolution Wheelwright commanded the brig, Abigail, on eight consecutive voyages to the West Indies. But in September of 1775 the Abigail, laden with a cargo of lumber, was seized off the New Hampshire coast by a squadron of British ships, and taken to Boston, then under British control.

Wheelwright then served first as second lieutenant aboard the Portsmouth-built Continental ship Raleigh and later as commander of several privateers in Boston. He had little success in these ventures, however, and wartime inflation caused him to go into debt. When he died in 1784, he owed his creditors in excess of £400. To pay the debts his house was sold at public auction. His wife, Martha was permitted to live on in a small section of the house, and his children Elizabeth and Jack, were forced to move away.

Architecture
Built at the time of the American Revolution, Wheelwright House is an excellent example of a basic middle-class dwelling made more dignified by the addition of classical Georgian embellishments. It is not a large house but its features reflect the same style and taste found in grander homes of Portsmouth. The exterior details, the triangular pediments and the fluted pilasters on either side of the front door, are an example. Most notable inside is the abundance of paneling, including folding paneled window shutters and the deeply grooved pilasters that frame the fireplaces of the two lower front rooms.

This house was restored through the generosity of the S. Judson Dunaway Charitable Foundation of Dover, New Hampshire. 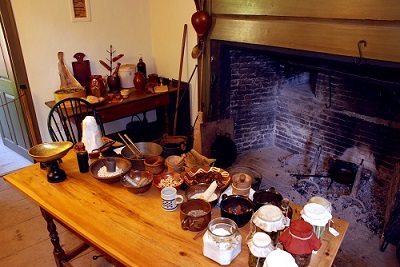 Interpretation
Cooking demonstrations are held daily on the open hearth of the Wheelwright House and during scheduled Workshops open to the public. In addition, Strawbery Banke Museum offers hearth cooking classes taught by the museum's culinary historians in Wheelwright and in Stoodley's Tavern. Guests learn hearth-cooking techniques using traditional methods and recipes that would have been familiar in the 1800s households of Puddle Dock. 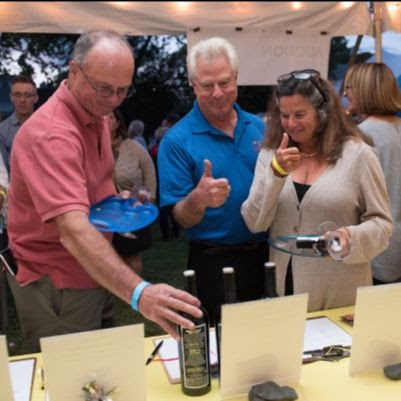 September 2-25, 2022
Browse, bid on, and buy unique items and experiences in the Vintage & Vine Online Auction. Whether shopping for yourself or getting a head start on the holidays, you'll find something for everyone, including great escapes, health & fitness packages, food & beverage, and so much more. 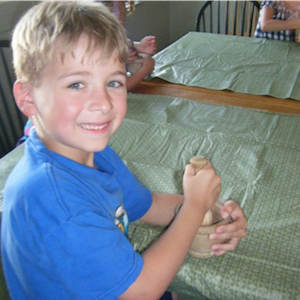 Registration Now Open
Explore traditional arts and crafts such as basket weaving and woodworking, learn how to write a historical fiction book, solve mysteries using documents, images, and objects, and so much more in Strawbery Banke's Homeschool Programs. Access all onsite and virtual programs for 2022-2023 with a homeschool program subscription. 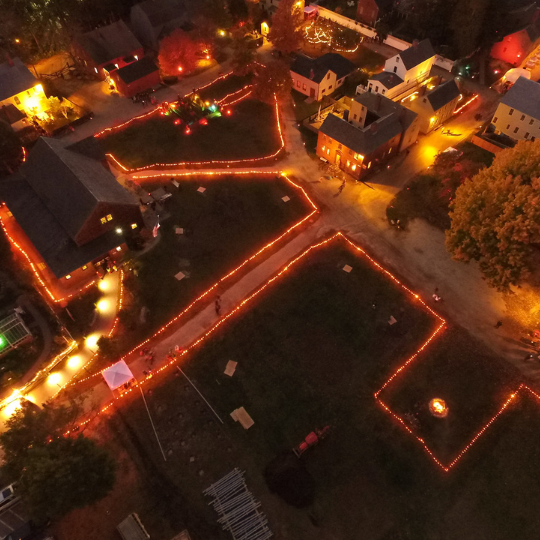 Ghosts on the Banke - A Family-Friendly Halloween Event 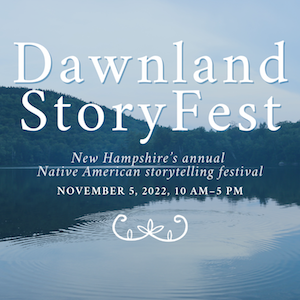 Dawnland StoryFest is hosted by Strawbery Banke in connection with the Museum's permanent "People of the Dawnland" exhibit. This daylong event, held in the Visitors Center, features storytelling "concerts" or performances by five experienced Indigenous storytellers as well as a keynote address. Free to attend with a suggested donation of $10.