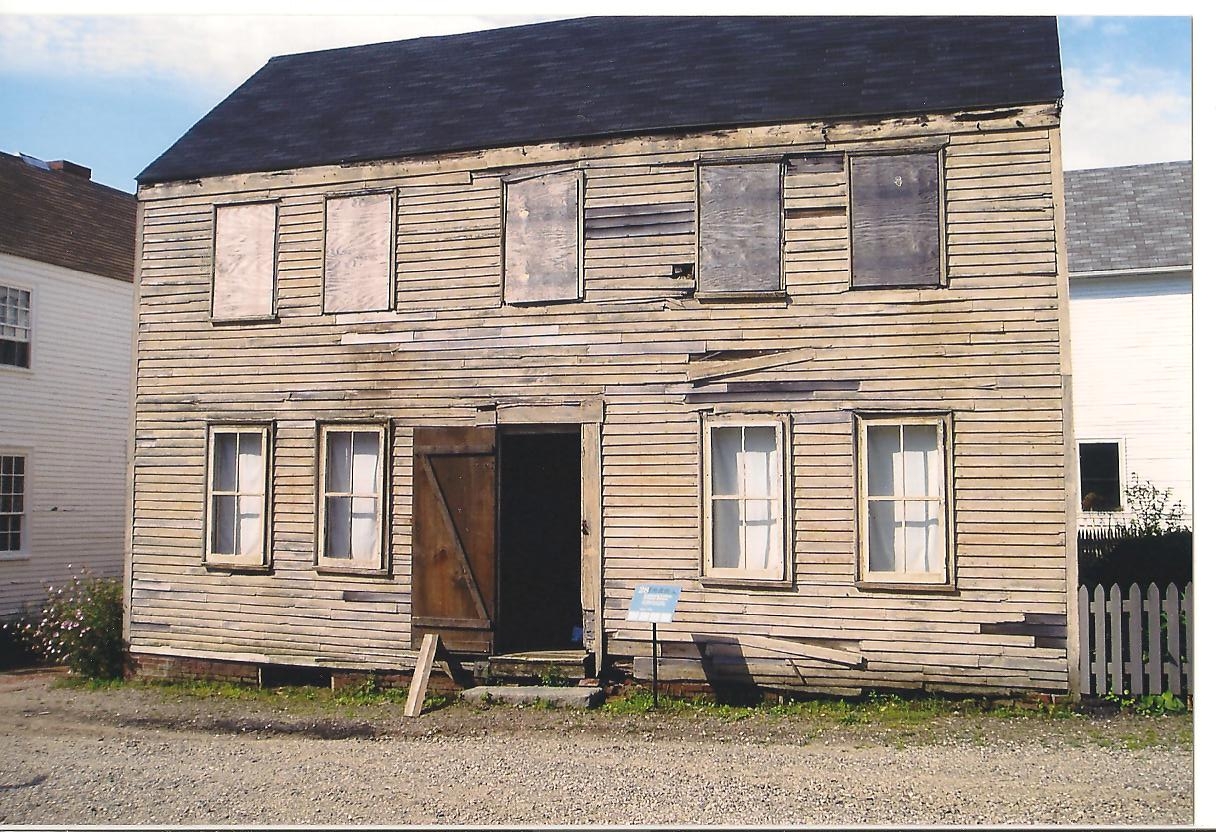 Cotton Tenant was one of the first houses rehabilitated under the Heritage House Program.
"Before," above on the right and "After" on the left.

COTTON TENANT -- Traditional Craft Center and Horticulture Learning Center
Born in Portsmouth in 1800, Leonard Cotton was descended from a family that had been in the town since 1650. By the 1830s Cotton was a retail grocer on Pleasant Street, selling spices, tea, coffee and sugar, and possibly some alcoholic beverages.

Cotton was already capitalizing on the economic changes in Portsmouth in the 1830s. With trade in decline, the level of wealth in the area was falling. Fewer people could afford to buy homes; more were renting. Cotton bought a piece of land in a prime location near Puddle Dock in 1834 and built these two rental houses on it.

He continued to buy lots and houses, and by the time of his death in 1872, he owned more than forty properties in this neighborhood and elsewhere in the city.

The Cotton Tenant Houses are strikingly similar, not only in dimensions and framing members, but also in doors, trim, and original hardware. Both houses exhibit more modern frames than most other Strawbery Banke houses. They also have rafter roofs without purlins, a common feature of houses constructed after 1830. As houses built for rental they lack most of the simplest decoration that lower-income owners traditionally put into their own homes.