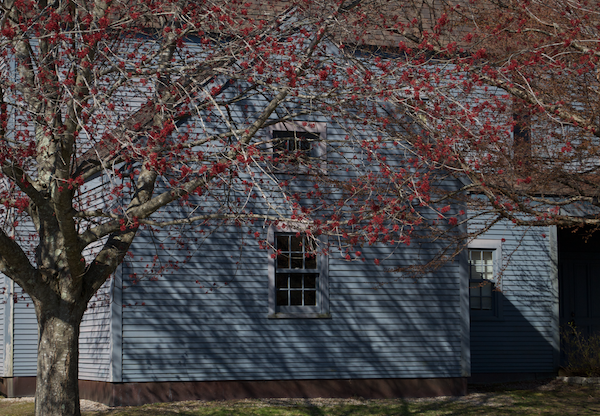 The Carter Collections Center
The Carter Collections Center at Strawbery Banke opened in 2007 as a state-of-the-art climate, fire, and particulate controlled space for the storage and preservation of the museum’s archaeology and decorative arts collections of more than 25,000 objects. Behind the faux 1700s façade, the 5,500 square foot building houses the Collections and Curatorial offices, archaeology lab, storage, and the Rowland Gallery for the exhibition of items from the museum’s collection.

The Barbara B. & Benjamin Allen Rowland Gallery
The 500 sq.-ft. Rowland Gallery is the Museum’s first dedicated space for changing exhibitions. The Gallery was endowed in memory of Benjamin and Barbara Rowland, founding members and former Trustees of Strawbery Banke. The gallery space gives the public viewing access to objects in the collection that are not able to be displayed in the Museum’s furnished houses or other exhibit spaces. In particular, the space showcases changing exhibits built around some of the smaller decorative objects, textiles, clothing, and furniture that are important but generally unseen parts of the collection.

History of The Carter Center
The Carter Center is named for Winthrop Carter who in 1978 donated a building on Court Street to house the Museum’s collections of furniture and objects until a more suitable space for long-term object storage and care could be found.

Following a feasibility study funded by the Henry Luce Foundation that determined that the sale of the Court Street property would perfectly offset the cost of building a new, state-of-the-art collections center on museum grounds, Strawbery Banke moved forward with the plan and broke ground in December 2006. Designed by JSA, Inc. of Portsmouth, NH and built by Pine Brook Corp. of Kittery, ME the building project was shepherded by Rodney Rowland, Director of Special Projects, who worked closely with city officials to expedite the permitting. Winthrop Carter’s widow confirmed that the new Center aligned with the original gift. “My husband would have been delighted,” she said. 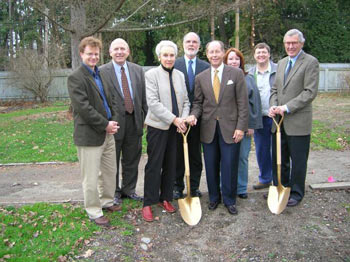