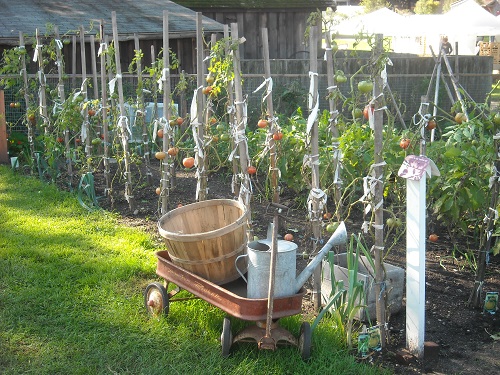 WORLD WAR II VICTORY GARDEN
The Victory Garden next door to the Marden-Abbott House and Store recreates the c. 1944 garden of the Pecunies family, who resided on the site during WWII. Victory gardens provided an important, locally-supplied,  alternative source of fresh food while the country supported rationing measures designed to free up labor and transportation for military needs. At the height of their success, Victory Gardens accounted for nearly half of all fresh produce grown in the country during the War. The plant selections in this garden were drawn from oral histories, period seed catalogs and wartime government publications.

The Victory Garden explores the idea of preserving fresh-grown vegetables, as well, providing suggestions on home canning and seed-saving.

In addition to raising vegetables, families in the Puddle Dock neighborhood also raised chickens, ducks and geese for eggs and meat. In 2015, Strawbery Bane built a reproduction chicken coop based on 1950s photographs, next to the Victory Garden. For more on the chicken coop and other barnyard animals at Strawbery Banke, click here. 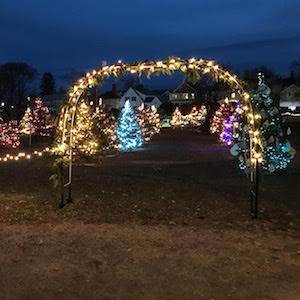 Visit the "Grove of Sponsored Holiday Trees" at Strawbery Banke and cast a vote for the top two favorites. Do not need to attend Candlelight Stroll to vote. The winners receive bragging rights. 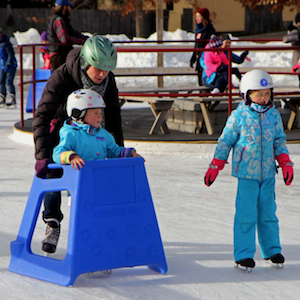 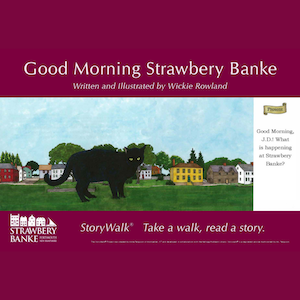 Take a walk and read the story of "Good Morning, Strawbery Banke" written and illustrated by Wickie Rowland.