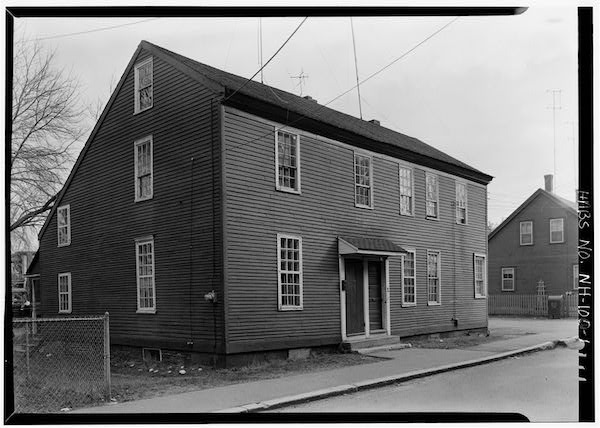 The Penhallow House (unrestored)
Penhallow House, the only "saltbox" house remaining at Strawbery Banke Museum, and one of very few left in this area, is rich in history.

Samuel Penhallow built this house about 1750, the year of his marriage. A highly respected local magistrate and deacon of the North Church, Penhallow lived here for more than 60 years. Deacon Penhallow and his wife, Prudence, for many years, kept his law office and a "penny shop" in this house, selling small items such as pins, needles, threads, and snuff.

Preparing to interpret one story on Portsmouth’s Black Heritage Trail -- Judge Samuel Penhallow whose home and office were once in this house when it was two blocks away -- Strawbery Banke found a deeper, richer history within the walls. When last occupied, just before the museum was created in 1958, Penhallow House contained three apartments and the daily lives of an extended African-American family. Like many other houses in the neighborhood, many of the original 1750 architectural features -- doors, cornices, window glass, and several windows with folding window shutters and window seats -- surrounded the family, along with floral wallpaper and linoleum of the 1950s. Strawbery Banke intends to interpret the 20th-century Black experience in Penhallow House: the story of Kenneth “Bunny” Richardson, a 20th-century story of Black Portsmouth and Civil Rights.

Washington Street in Portsmouth was home to many African-American families during the 1930s. Kenneth and Eleanor Cousins lived in the Penhallow house during the Depression and until their divorce at the start of World War II. Eleanor’s brother, Kenneth “Bunny” D. Richardson (1914-1994) moved into the same apartment in the 1950s. In 1930, according to the census, he lived in a rented home at 51 Marcy Street, (where the family had lived since at least 1918) with his Georgia-born mother and New Hampshire-born father, Alexander.

Alexander was a galvanizer at the Shipyard, and Willetta was in service in a private home. Young Kenneth attended the Whipple Junior High School and played the saxophone, and then trombone. As an adult, Bunny worked at the Portsmouth Naval Shipyard and became the first black Supervisor. He sat on the Equal Employment Opportunities Committee (EEO), administering and enforcing civil rights laws against workplace discrimination. He also offered barbershop services in his home and led a brass band. His band’s performances around the Seacoast were documented in a number of Portsmouth Herald advertisements. Bunny married a few times, the first in 1936. Sadly that first marriage experienced the birth of a stillborn child. He is buried in Harmony Grove Cemetery.

Architecture
Penhallow House originally stood at the southeast corner of Court and Pleasant streets. It was moved to its present site in 1862. At that time, the tide still flowed into Puddle Dock, and Canoe Bridge spanned its upper end, just south of this house on Washington Street. The interior of Penhallow House still retains many original doors, sash, glass, and cornices, as well as several windows with folding shutters and window seats.

Heritage House Program Project & Interpretation
A portion of Penhallow House today serves as a craft shop. More complete restoration is planned with Heritage House Program funding. At the side of the shed behind the house can be seen some of the wooden pipes from the Portsmouth Aqueduct, the city's first water system.

The site is a stop on the Portsmouth Black Heritage Trail and is identified with a brass plaque that says, "Newport, Violet and Jacob Freeman: A justice of the peace had the authority to certify the free status of people of color and so it was recorded in 1778 by Deacon Samuel Penhallow that the Reverend Ezra Stiles had manumitted Newport. At age 29, Newport had been brought from Rhode Island by his owner when the minister accepted a post at North Church in 1777. After manumission, Newport adopted the surname Freeman and married Violet Dearborn, who had recently purchased her own freedom. Two years later they and their infant son Jacob were registered as free people by the justice of the peace. Soon thereafter, Newport moved his family to Providence, his earlier place of residence."

Penhallow House grounds are the focus of the 2016 Strawbery Banke Archaeology Field School.

The restoration and rehabilitation of the Penhallow House has been made possible in part by the National Endowment for the Humanities: Democracy demands wisdom.

Click here to review the Public Notice Regarding the National Endowment for the Humanities’ Section 106 Review of Strawbery Banke Museum’s Penhallow House Project. 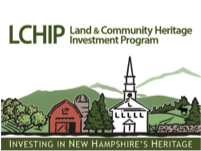 Additionally, the restoration of the Penhallow House has been supported in part by a grant from the New Hampshire Land and Community Heritage Investment Program. 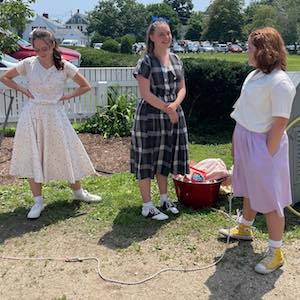 Limited Availability Remaining!
Learn about all aspects of life in the past and how it connects to the world today. Enjoy hands-on, one-of-a-kind interactive experiences, where investigating and exploring history, science, sports, art, theater, and cooking leads to fun-packed days at Strawbery Banke Museum's nearly 10-acre site.