Colletions > From the collection > Moving the Goodwin mansion 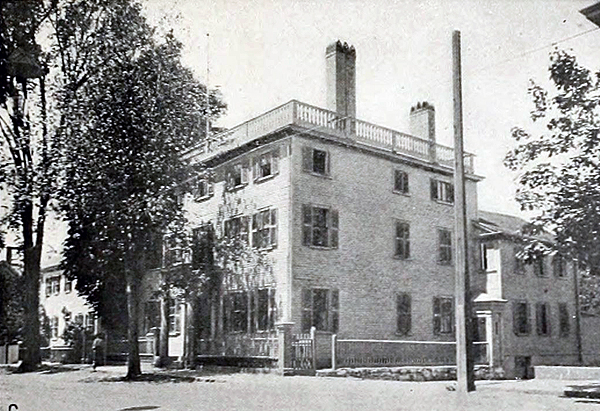 Although the vast majority of buildings at Strawbery Banke Museum sit on their original foundations, a few of them were moved to Puddle Dock to prevent their complete demolition.  Early on, the museum decided that the land north of Puddle Dock would remain intact to the John Hales map of 1813 and no buildings would be added (though that rule would later be broken.)  South of Puddle Dock, however, has seen the addition of four historic buildings, including the 1811 Governor Ichabod Goodwin Mansion.

In the 1960s, Portsmouth’s attitude toward historic structures was changing and land owners were considering existing structures before demolition. Strawbery Banke was offered the Goodwin Mansion, which was built on Islington Street across from the present day Goodwin Park.  At the time, the museum had little money and would need financial help to move the building.  Talks on how to preserve the building reached the state level, with strong arguments on both sides regarding the preservation of the building.  Strawbery Banke staff had the reasonable worry of whether or not they could support another building.  The debate quickly ended when Governor Wesley Powell took a strong interest in the potential project.  His mother, Mary, had been a housekeeper in the mansion.  $134,000 was approved by the State to move the Goodwin Mansion and contribute to its restoration.  It opened to the public in 1965 and was deeded to Strawbery Banke Museum by the State in 1970. 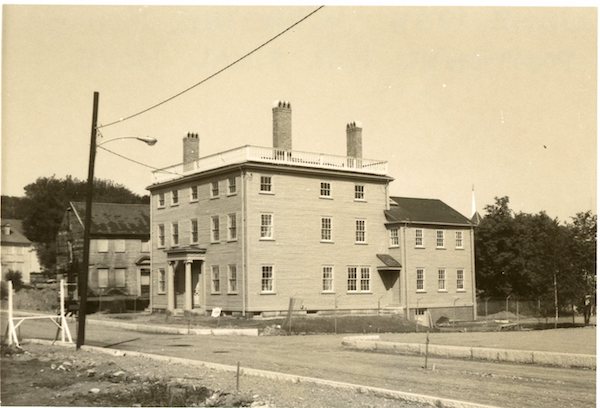 The Goodwin Mansion in the 1960s 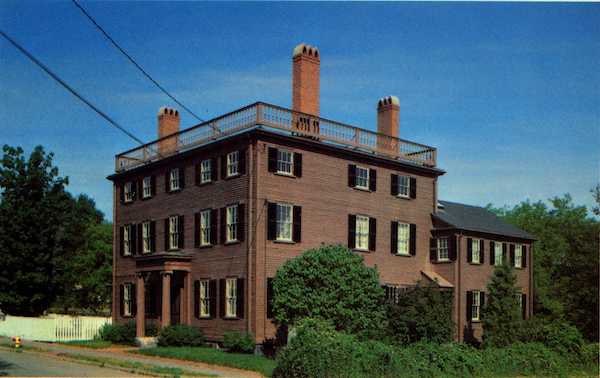 The Goodwin Mansion in the 1970s

Aside from losing its important connected outbuildings and context, Goodwin Mansion faired the trip across town well.  Built in the federal style, the house bears changes made during the Goodwin’s residency.  It is likely that the portico was built when the Governor purchased the house and features ionic capitals topping the fluted columns and carved laurel wreaths in the style of John Haley Bellamy.  Inside, most noticeable is perhaps the marble mantel pieces and iron firebox inserts in most rooms. The formal parlor retains a plaster rosette on the ceiling, from the days when the room was lit by a gas chandelier.  Gas service was likely introduced to the house about 1850.  The Portsmouth Gas Light Company was the first to provide service and Govenor Goodwin later became president of the company.

The Goodwin Mansion next to the Webster House

Like the house itself, Governor Goodwin is an important figure in Portsmouth history.  As a young man he, like many other Portsmouth natives, took to a life at sea.  He rose to the position of Supercargo and part owner of many ships before settling into the business life at home.  Goodwin purchased his Islington Street home in 1832 and from there he would contribute to the expansion of the industrial West End of the city including the Portsmouth Steam Factory, railroads and banks.  He also showed interest in politics and was elected Governor of the State of New Hampshire in 1859.  At the beginning of the Civil War he loaned his own personal funds to outfit the New Hampshire Regiment when President Lincoln requested troops.  The aforementioned Goodwin Park, built in 1888 across the street from his home, was named in his honor for service during the war.  He and his wife Sarah raised many children in the house and enjoyed a large extended family.

Sarah Parker Rice Goodwin is well documented herself.  Through her memoires, correspondence, oral histories and personal belongings visitors today can envision what life in the Goodwin Mansion was like.