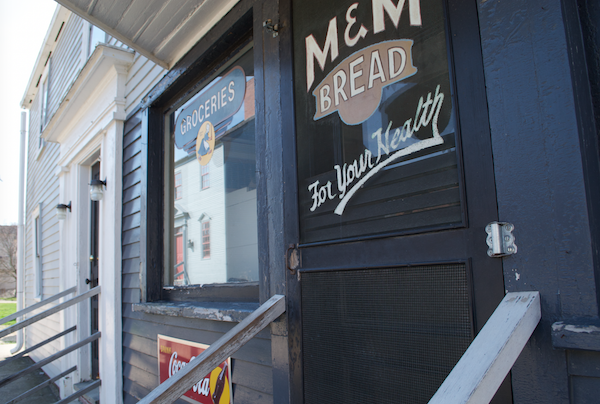 The Family
Walter and Bertha Abbott opened their store in their home on Jefferson Street in 1919. After Walter's death in 1938, Bertha operated it until 1950. They were typical of Portsmouth's turn-of-the-century downtown population; he was a laborer for the railroad and she worked in a commercial laundry. After they married in 1896, they rented various apartments until they bought this house in 1919. By this time their three daughters were married, and only a mentally handicapped son lived at home.

“Mom and pop” stores like theirs were threatened with extinction by the development of supermarkets but received a new lease on life in World War II when there was a local population explosion and war-time rationing imposed sharp limits on travel.

Consumers and shopkeepers alike coped with the complications and limitations of food rationing. To guarantee supplies for the military and US allies, and to ensure fair distribution of supplies about civilians, the Federal government issued a monthly supply of ration coupons to citizens. Shoppers turned in the coupons along with cash when purchasing rationed items such as meat, some dairy products, and certain canned goods. When a household used up its coupons they could not acquire any of the rationed items until the next month. Storekeepers like Mrs. Abbott passed these coupons on to their suppliers in order to re-stock. The system very successfully minimized hoarding and worked to prevent a black market in consumer goods. Federal ceiling prices prevented gouging.

Families around the US maintained a Victory Garden -- like the one behind the Marden-Abbot Store -- to help supplement the food they could put on the table.

This Victory Garden panel includes information about the heritage chickens at Strawbery Banke and the traditional Jewish mikveh uncovered during the 2014 archaeology field school.

Architecture
The Abbott's house and store appear to have been built in the 1720s by mast maker John Marden. Around 1840 its central chimney was removed to make a small room behind the stairs, while new chimneys against the back walls served new fireplaces. Around 1900 these were removed and a single small chimney for the cookstove and the furnace was built at the back of the kitchen. 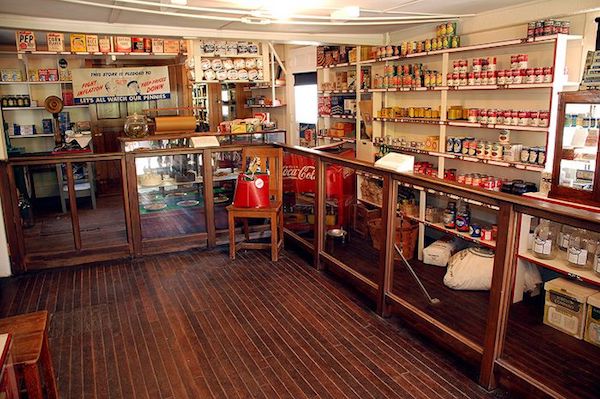 The Abbotts altered the building for store-keeping purposes. They made the right-hand room into a store by adding plate glass windows and a door to the street, blocking the door which originally connected this room to the front vestibule, removing a wall to create an alcove where the center chimney had once been, and removing the back wall to expand the store into a new wing. They lined this reconfigured room with shelving, display cases, and oak refrigerators. The Abbotts also added a bay window to the bedroom above to adapt it as a sitting room. Like so many buildings in downtown Portsmouth, the architecture of the Marden-Abbott Store is a layering of generations of change.