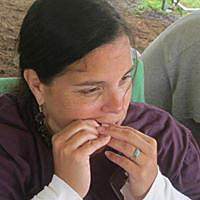 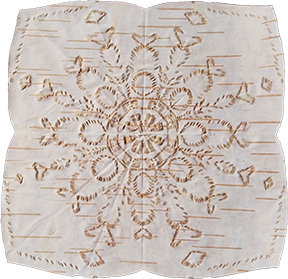 Portsmouth, New Hampshire (June  2019) – From the time that the French established a fort at Port Royal in what is now Nova Scotia, Canada in 1607, and the English settled Plimouth in what is now Massachusetts in 1620 and Portsmouth (New Castle) in 1623, their national rivalries and imperial intentions played out against the “First Nations” people who had inhabited the northeast North American coast for 12,000 years. After the decimating epidemic of 1616-19 and war with the Iroquois, the First Nations of the four Maine coastal alliances and families had formed a confederacy of the Wabanaki, the “people of the dawnland.”  This confederacy also included the Abenaki peoples in the region that the English colonists called “New Hampshire.”

A new “People of the Dawnland” interactive exhibit in the Jones House Family Discovery Center at Strawbery Banke Museum invites visitors, especially families, to learn more about the Abenaki/Wabanaki peoples of Northern New England, southern Quebec, and the Canadian Maritime Provinces, past and present, by exploring their culture, arts, foodways and storytelling traditions. The exhibit is open 7 days, 10 am to 5 pm through October 31, 2019 and is included in regular admission.

As a family focused educational area, the “People of the Dawnland” incorporates hands-on activities, examples of traditional Abenaki games, and traditional arts supplied to the exhibit by Abenaki artisans. Visitors can also meet Anne Jennison, a Strawbery Banke interpreter of European and Abenaki  ancestry, who is known for her traditional Northeast Native American storytelling. She shares stories of Abenaki history and culture in the exhibit several days a week while demonstrating how to make various forms of Abenaki handcrafted art.  The exhibit area includes a bookshelf of books for visitors of all ages with more stories, art and information about the People of the Dawnland. Families are invited to read stories aloud during their visit.

The exhibit was organized by the museum’s Education Department in collaboration with Anne, other Abenaki in the region and the museum archaeologist, Alexandra  Martin.  Alix is a non-Native Professior of Native Studies in the Anthropology Department at UNH. She and Anne are members of the UNH Indigenous NH Collaborative Collective there.

“It has long been a goal of the museum to expand its interpretation of the Abenaki people,” commented Lawrence J. Yerdon, president and ceo of Strawbery Banke Museum. “The exhibit team has worked on this idea for the past two years as part of the museum’s Long Range Interpretive Plan. The opportunity opened up this spring to include more information about New Hampshire’s Indigenous people into the museum by creating ‘People of the Dawnland’ in Jones House.”

Archaeologists at Strawbery Banke have found pieces of pottery, projectile points and tent holes that demonstrate the presence of the Abenaki on the banks of the Piscataqua River. The exhibit explains the locations of clans and Tribal groups from present day Newfoundland to the mid-Atlantic and the shared traditions, beliefs, and resources of their trade networks and family relationships. In particular the exhibit focuses around those who came to the Seacoast seasonally to set up camps for hunting, fishing, and food preparation and on the Abenaki people who are “still here” in New Hampshire.

“For thousands of years the Abenaki have made intricately handcrafted goods to meet their everyday needs, working with materials supplied by the natural world around them,” commented Alix Martin, museum archaeologist. “Abenaki homes, clothing, weapons, canoes, baskets, pottery, cradleboards, and other items were practical yet beautifully made because Abenaki aesthetic traditions ask that an object made for daily use should be visually appealing as well as functional.”

For more information on Strawbery Banke and “People of the Dawnland” visit StrawberyBanke.org/dawnland.cfm

CAPTION:  An example from the People of the Dawnland exhibit at Strawbery Banke of bitten birch bark (an ancient Abenaki art form) by Liz Green Charleboise. 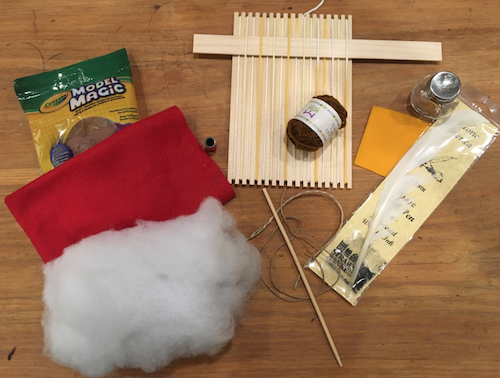